It was October 23rd, I was going in for what I hoped would be my last o.b. appointment.  I had a feeling my body wasn’t showing any signs of going into labor, so I wasn’t too surprised when the nurse practitioner said I was only 1cm dilated.  I figured I would come back in a few more days and see if there was any progress, but my doctor informed me that she would be going out of town and  she wanted me to be induced…that night!   My third son was a cesarean (because he turned sideways at the last minute and wouldn’t budge), so I had my hopes set on doing a v-bac (a vaginal birth after a cesarean).  Because of the risk of uterine rupture during a v-back, it’s not the best thing to induce, so I started to freak out. Would the pitocin be too much for my uterus? What if I died or my baby died? Was it worth it, just because I didn’t want to have another c-section?? Ahhh, I was so conflicted. The nurse called the hospital to arrange my induction and they told her they were ready for me right then…..right then! Unprepared and alone, I drove across the street to Dupont Hospital and went up to the birthing center. I called Ricky at his work and told him what was going on and asked him if this was the right thing to do. The nurses assured me they would take good care of me and I gave the situation over to God.  Ricky came as soon as he could (after stopping at home and getting the hosptial bags…and some of my makeup of course).  I started pitocin around noon and went through about six hours of contractions before I got an epidural.  Let me just say, I’m all for moms who go natural, but I love me a good epidural! I was progressing, but very slowly; I thought it would be sometime the next day before I met my precious baby boy or girl. I called my photographer (the talented Janelle from Happinest Photography) to let her know that it would most likely be awhile and I’d keep her updated. It wasn’t too long before I felt like I should be checked and sure enough, I went from a 4 to an 8 in just a few hours…I called Janelle and she came as fast as she could.  Once Janelle was in the room, I gave two small pushes and the baby was out (11:45 p.m.)!!  I couldn’t wait to see what the sex of the baby was (since I have three boys, of course I wanted a girl, but the most important thing to me was a healthy baby).  The expression of the nurse told me it was a girl before I even saw her!  As soon as they said, “it’s a girl!”,  the tears started pouring…I couldn’t believe it, it was like a dream. A baby girl…A GIRL!!  Adley Rose is perfect in every way, I’m so blessed. I feel great, and am beyond happy that I had a successful v-bac.  Now I just have to keep reminding myself it took me nine months to gain fifty pounds and it’s going to take more than two weeks to lose it!! 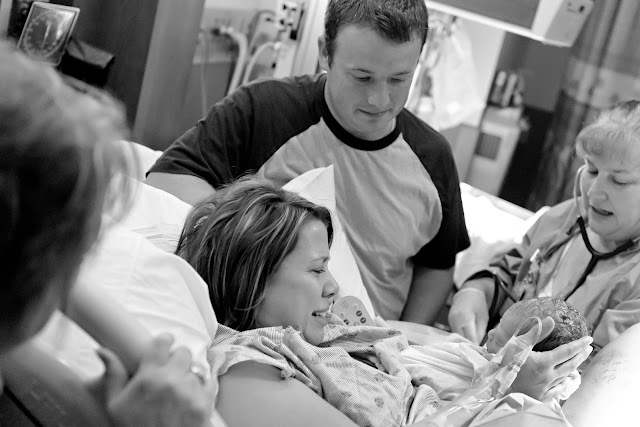 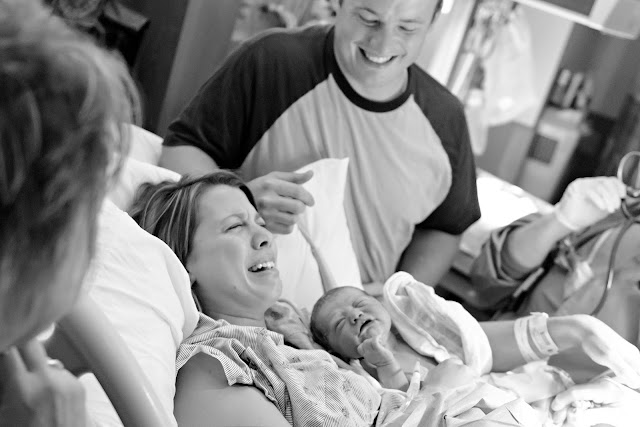 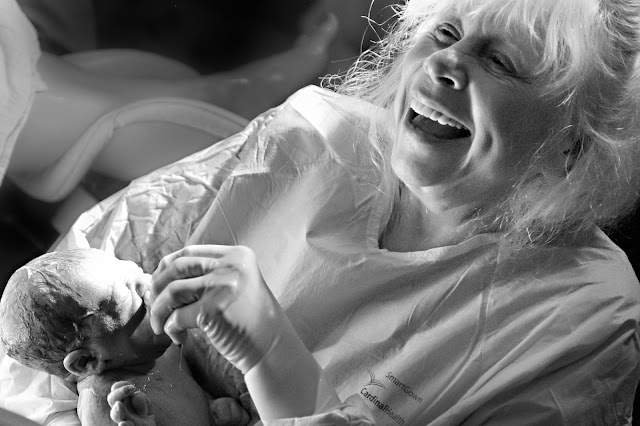 my momma taking a pic of her granddaughter..

My lovely friend Lindsay came over today and snapped a few pics of Adley with me and the family….

and of course I had to take some pics of my baby girl!!